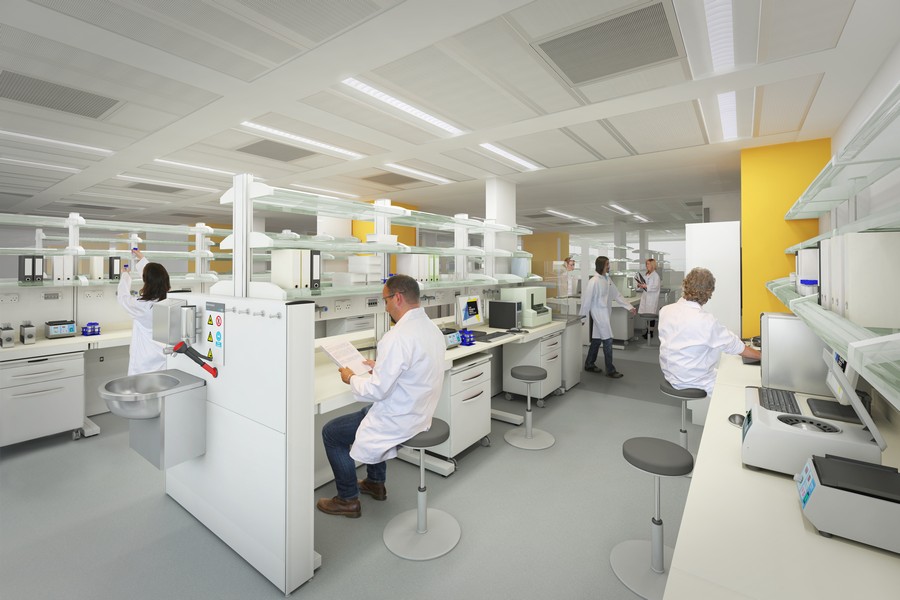 The Francis Crick Institute, one of Europe’s largest biomedical and translational research centers, has been named R&D Magazine’s 2017 Laboratory of the Year. 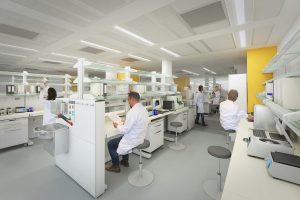 The building, planned by a team led by the architects HOK working with PLP Architecture, is designed to foster innovation by allowing collaboration between different academic disciplines, including biologists, chemists, physicists, engineers, computer scientists and mathematicians.

The facility is divided into four lab neighborhoods connected by two atria. The atria cross at the center of the building to create a hub with break areas, informal collaboration space, a large central stair and a concierge serving the entire floor. Walkways and informal meeting areas crisscross the main atrium and connect neighborhoods. The atria bring daylight into all of the labs and other spaces. Glass walls allow for views into labs, promoting transparency and openness. Unless specific functions require closed 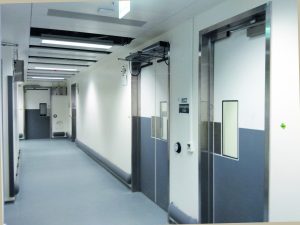 walls, lab neighborhoods are open to encourage interaction and collaboration.

Dortek designed and installed more than 500 bespoke hygienic doors and automation systems throughout the facility. Our doors were essential for providing safe, convenient access and fire protection across hazardous areas. The ultra hygienic construction of our doors also makes them ideally suited to research laboratories which are sensitive to contamination. Our doors have a seamless, inorganic GRP door blade, which is non absorbent to prevent bacteria from harbouring.